Reconciliation (or, the Beatles are the bomb!)

Reconciliation (or, the Beatles are the bomb!) 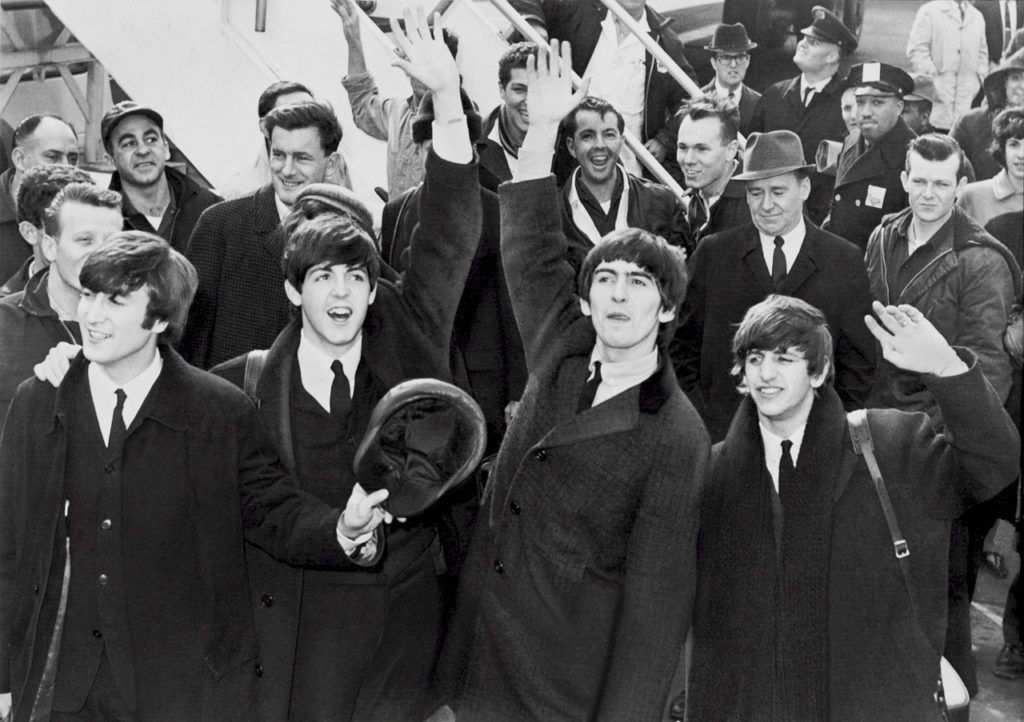 It’s a beautiful Saturday night in downtown Charleston. I’m sitting at a piano bar with my husband and some friends from work, having a blast, my voice almost hoarse from singing and yelling. At some point, I sneak a glance at Bill, who is not prone to overt displays of excitement. He’s singing and tapping along with the music, a huge grin plastered on his face. I stop for a moment to consider the scene, and I’m struck by how bizarrely wonderful this is. Yes, bizarre. Viewed from the outside, everything appears completely ordinary. I mean, it’s a dueling piano bar – good music, good friends – what’s not to like, right? But, this night is far from ordinary.

As Paul Harvey used to say….let me tell you the rest of the story.

The reason I feel like I’m in an episode of the Twilight Zone is…(drumroll please)…the piano player we are singing along with is my ex-husband, Tim, and two days ago was the first time I had spoken to him in 30 years. How we ended up sitting on the front row of the piano bar, being entertained by my ex-husband, is the rest of the story.

Anyone who has been through it understands that even in the best of circumstances, divorce is shitty. In our case, though, it was horrendous. Without getting into the gory details, suffice it to say that my mantra for the first 15 years, post-divorce was, “I think if I ever see him, I’ll punch him in the face.” Recently, though, it’s been sort of a forgiveness-by-default: “It’s been so long…I’m in a much better place…I’m married to my soul mate…I’m supposed to be more spiritual…people claim that Tim has changed…so why should I keep harboring this anger?” kind of forgiveness.

So, when our mutual friend, Chris, texted to tell me that Tim was playing in Charleston that weekend, my first thought was, “Great! Thanks for letting me know so I can avoid going downtown for a few days.” (Truth be told, because Tim is a traveling musician, I wasn’t above stalking his Facebook page to keep tabs on his whereabouts…God forbid I accidentally bump into him). My second thought, however, was, “you know…why don’t I just pop in and say hello…get it over with…break the ice…that way I don’t have to worry about it anymore.”

Bill and I were already planning to be downtown on Thursday evening for the Reiki clinic at the VA hospital, and we typically have dinner afterwards, since we’d be stuck in traffic otherwise. Why couldn’t we just stay a few minutes longer…?

I called the piano bar:

Me: “Um, hi…I’m an old friend of one of the guys playing tonight….Tim…yeah, um, I’d like to say hello to him…can we come in for a few minutes before the show or would we have to pay the $20 cover?” (I wanted reconciliation, but not if it was going to cost us $40)

Lacy (the manager): “Sure, you can come in…so…how did you say you know Tim?”

Although I had wanted to surprise him, I decided I’d better ask Chris to give Tim a head’s up, since I was told that the entertainers don’t usually arrive until about 10 minutes prior to the show. (10 minutes was definitely not long enough to cover 30 years’ worth of history).

Bill and I arrive a half hour before show-time and meet Tiffany (another manager) at the door:

Me: “Well, we are here to say hello to Tim, who’s playing tonight…he’s an old friend. Lacy said we could come in for a few minutes before the show.”

Tiffany: “Sure, come on in….have a seat. Would you like a drink while you wait?”

Tiffany: “And, how did you say you knew Tim?”

Tiffany: “You’re not going to hurt him are you?”

Tiffany explained that although I didn’t look aggressive (a good thing, seeing as I’m a school counselor), she, herself, was going through a divorce, so naturally, she had to ask…after all, she was responsible for the entertainment (and I found out later that she called to warn him).

Tim finally arrived, looking more nervous than I was. And it was true, he did seem changed…a bit more humble. Although I didn’t ask for one, he apologized immediately – a sincere, heartfelt apology. I thanked him, and we made some small talk, hitting a few of the highlights of our lives, as much as one can do in a few short minutes.

When it was time for him to hit the stage, we hugged, took a selfie, and he asked if we could stay for the show. We declined. I told him I’d friend him on Facebook, and we could keep in touch. I walked away feeling really terrific and thinking that was the end of it. But it wasn’t.

Once I got home, I remembered that I still had a box of things from the divorce that belonged to Tim, and I no longer felt right keeping it. I decided to contact him to arrange for its return. We ended up meeting for coffee that Saturday, before the show, where we engaged in a longer, surprisingly comfortable conversation between Tim, his wife, Rita, Bill and myself. It was almost like picking up where we had left off but in a much better place.

So, that’s the rest of the story. The Saturday night show was icing on the cake, solidifying the reunion and serving as almost a celebration of sorts. Celebrating our reconciliation.

Forgiveness and redemption – those were the lessons I believe our souls (Tim’s and mine) came here to learn. I believe – I know – that our reunion was Divinely Inspired. Chris explained later that he has no idea why he contacted me that day. He never did before. Tim isn’t sure why he chose that venue on this particular weekend. After all, he had about 8 other offers, some much better in terms of location and pay. I’m not even sure why I finally felt that it was time to break down this wall. All I am sure of is that the timing (God’s timing) and the outcome were perfect.

As Tim later posted on Facebook, the Beatles said it best… “All you need is Love – Love is all you need!” 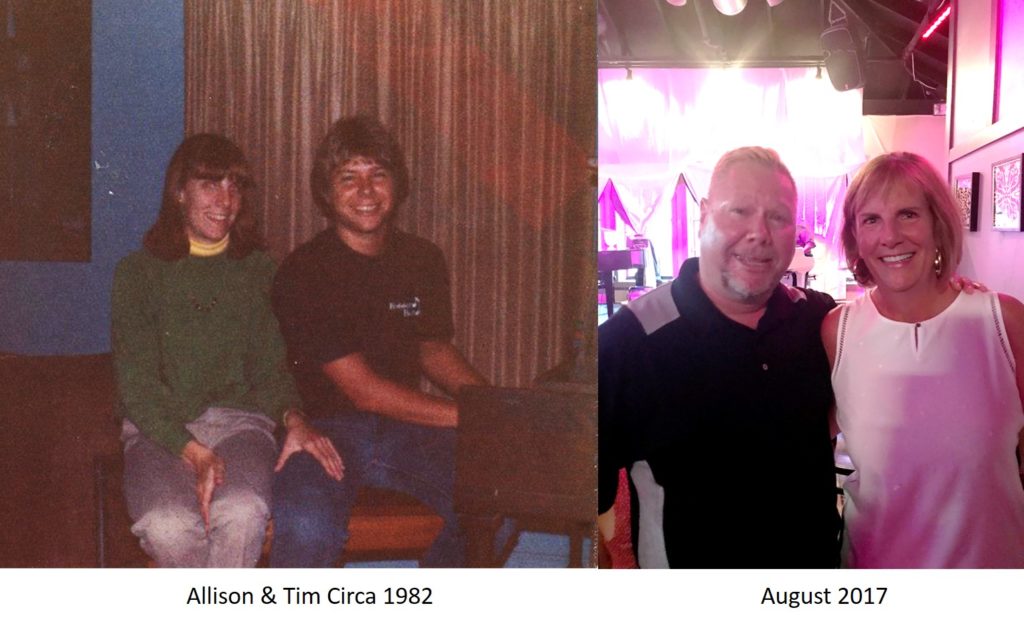