The Ghosts of Christmas Past (or, Jesus rides a camel)

The Ghosts of Christmas Past (or, Jesus rides a camel) 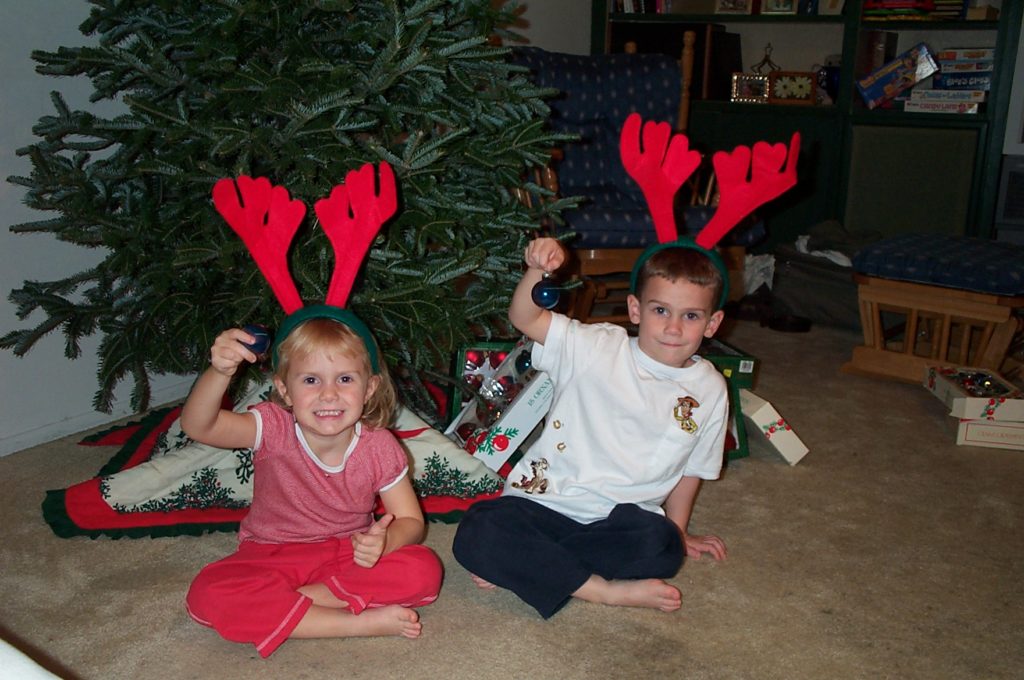 For this special blog post, special because it falls on Christmas Eve, I thought I’d take a trip down memory lane. I’ve scoured my journals to bring you some of the most memorable highlights of Christmas’s past.

Christmas 1998: Evan was 6 months old, and I was already 3 months pregnant with Natalie (yes, I know how babies are made). Bill, Evan, and I flew from Texas to North Carolina to visit family – the first of many airplane adventures for Evan (who now, at 19, works part-time for Alaska Airlines).

Christmas 1999: Natalie’s first Christmas! She was 5 months old. Evan, 18 months, loved the swing we had out back (we lived in south Texas, where folks went Christmas tree shopping in shorts). I wrote in my journal, “He found out that letting go makes you fall.” Ooops! Meanwhile, the world was fixated on the Y2K scare – on New Year’s Eve, 1999, computers around the world would crash due to confusion about the date (did 00 mean 1900 or 2000?). As R.E.M. warned, it would be the end of the world as we knew it. Obviously not. We all survived – the apocalypse was avoided!

Christmas 2001: A telling quote from my journal, “Natalie has been in a good mood the past few days – not sure why, but it’s so nice!” (Did I mention that, on the day of her birth, the nurse informed us that we were the proud parents of the loudest baby in the nursery?)

Christmas 2002: Found out we were moving to Charleston, SC. (but not until June). Natalie’s favorite present was trunk full of dress up clothes and accessories! 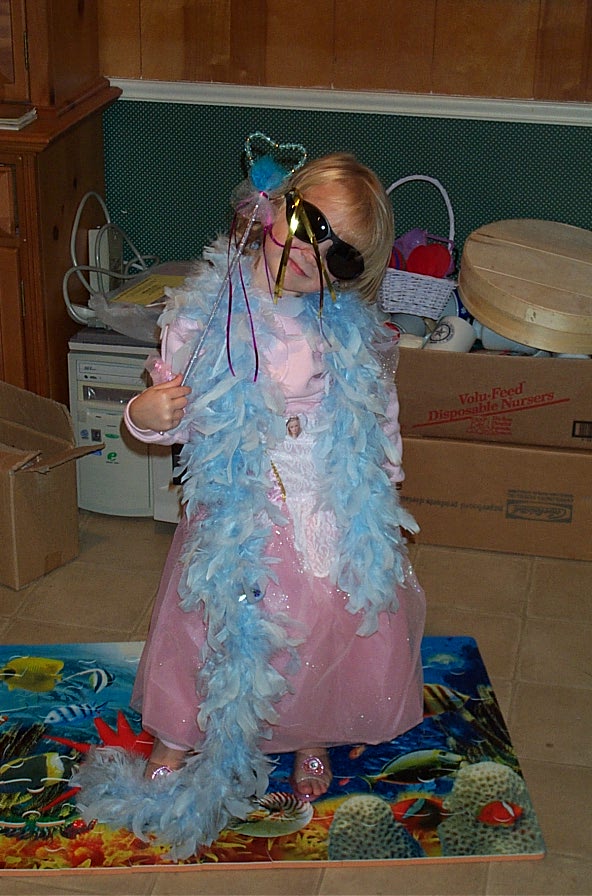 Christmas 2005: In elementary school, it’s traditional for students to write about the upcoming holiday. According to Evan, after opening gifts from Satan, we bake semen rolls for breakfast (um, that would be Santa and cinnamon).

Christmas 2006: Evan drew breasts on a picture of Mary in the children’s activity folder at church.

Christmas 2007: We built a new house and moved in 3 days before Christmas. But, we had vacated our old house 2 months prior, so everything was crammed away in a storage box in our new front yard. In the middle of a rainstorm, we managed to find and unpack the artificial tree that Bill’s mom had given us (intended for the front porch only – no fake trees for this family). It was the best we could do that year!

Christmas 2008: Natalie wanted to set up the crèche but wasn’t quite sure how. Bill told her to pretend it was a doll house – set up a scene. Evan quickly quipped, “Yeah, except it’s the most important doll house in the world, and the baby’s birth changed everyone’s lives!”

We skipped church that year, because Bill wasn’t feeling well. Instead, we gathered as a family, and Natalie read us the story of Jesus’s birth – the Virgin Mary became Virginia Mary. (Nazareth was fake news – they were really from Virginia).

Christmas 2009: Our first and only Christmas without Bill, who was working overseas that year. Luckily, he participated in Christmas morning activities via Skype.

Christmas 2011: Evan has a unique sense of humor. He likes to hide the baby Jesus in the crèche. Today, Jesus was riding the camel.

Christmas 2014: Natalie (below, on left), who started her first job this year, met Santa at work! (Is it just me or do their uniforms make them look like Super Mario?) 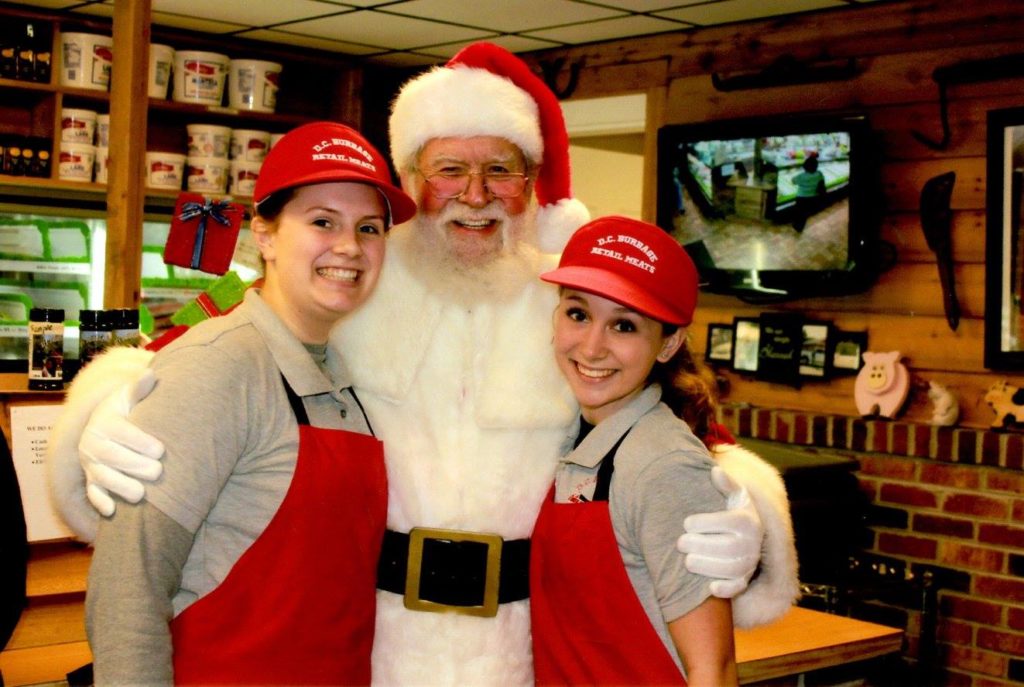 Thanks for taking a stroll down memory lane with me!

From the Brown family to your family…